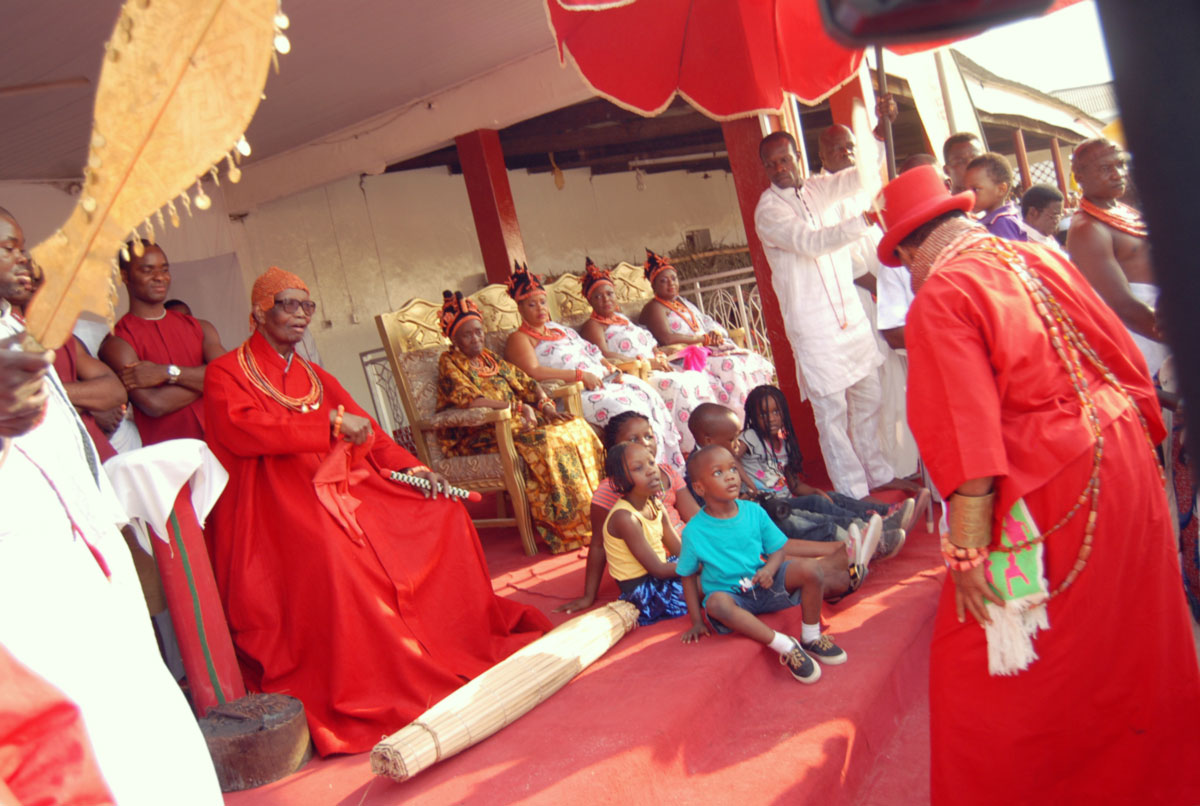 Since the transition of the 38th Oba of Benin, Oba Erediauwa, there has been great anticipation for the coronation of the next in line, His Royal Highness, Crown Prince Ehenede Erediauwa, Edaiken N’Uselu. However, while the traditional processes that precede the ceremony since commenced and there have been clashes with the Edo state gubernatorial elections, the Benin Traditional Council only recently announced October 20, as the date for the coronation.

Considering the Benin Royal house is one of the most acclaimed royal dynasties on the African continent and the Coronation of the 39th Oba of Benin is a prestigious once-in-a-lifetime event, we at Jumia Travel are excited and cannot wait to experience the ostentatious celebration of culture and royalty. Here are some of the things we expect to see:

1. Exquisite display of culture and royalty

A ceremony that is steeped in tradition and dates back to the 13th century, the coronation consists of series of rituals, ceremonies and symbolic depictions of historical events which are of significance to the people. From the stop at a historical palm tree named “Udin ama–mieson aimiuwa” to the ceremonial crossing of a bridge and a mock battle with Ogiamien, the ceremony which lasts for about 10 days will feature an elaborate display of culture and royalty.

2. The new oba in complete regalia

On the main day of the coronation ceremony,  when the Oba is crowned publicly by the Oliha and the Isekhure (chief priest) after which he proceeds to the palace for the very first time as Oba, the new Oba is usually garbed in full regalia, which includes a coral garment and headpiece/crown. It is not every day you get to see the Oba of Benin, especially dressed in full regalia. The coronation will give all and sundry the opportunity to observe this rarity.

3. The President of Nigeria

Before the postponement of the Benin royal coronation from September 26th, 2016 to October 20th, 2016, The president of Nigeria, Muhammadu Buhari, during a courtesy visit to the Crown Prince of Benin, prior to the APC mega rally at the Samuel Ogbemudia Stadium Benin City, expressed his love for the Benin Kingdom and assured the Crown Prince of Benin, Prince Ehenede Erediauwa that he will be attending the coronation. Hopefully, he will not be perturbed by the change of date and the south-south will witness his presence once again.

4. High profile dignitaries and tourists from around the world

The Coronation is not a common event and seeing as the Benin Royal dynasty is one of the oldest and most recognized in Africa, a number of high profile dignitaries from around the world  including the Zulu king of South Africa; King of Lesotho; King Mswati of Swaziland; King Kabaka of Uganda e.t.c will be in attendance. Also, tourists including researchers, historians and media houses from various parts of the world will be trooping into the country to witness and record, first-hand, the events of the day.

Fashion is an integral part of royalty and culture. However, aside from the colorful and vibrant traditional attires that will be garbed on by the natives of the Benin Kingdom, we expect to see lots of bright, patterned items you could usually only expect to see in avant-garde fashion shows.

This is an obvious one but the coronation will accord everyone in attendance to see the Benin Royal family in its entirety. It is would be most exciting for locals within the kingdom who revere the position and authority of the royals in their community.

5 Amazing Hotels in Nigeria for a luxurious Weekend

Cities To Explore This Christmas (Benin)

You can toggle right click protection within Theme Options and customize this message as well.

You can also add shortcodes here.