#GFCelebration – Battle of the Oranges

The Battle of the Oranges

The Battle of the Oranges (Italian: Battaglia delle arance) is a festival in the Northern Italian city of Ivrea, which includes a tradition of throwing of oranges between organized groups. It is the largest food fight in Italy.

The core celebration is based on a locally famous Battle of the Oranges that involves some thousands of townspeople, divided into nine combat teams, who throw oranges at each other – with considerable violence – during the traditional carnival days: Sunday, Monday and Tuesday. The carnival takes place in February: it ends on the night of Shrove Tuesday with a solemn funeral. Traditionally, at the end of the silent march that closes the carnival the “General” says goodbye to everyone with the classical phrase in dialect “arvedse a giobia a ‘n bot”, translated as “we’ll see each other on Thursday at one”, referring to the Thursday the carnival will start the next year.

The historical foot “aranceri” teams that participate in the defense of Ivrea against the Tyrant’s carted henchmen are 9:

There are a handful of routes that are allowed for spectators. The first is to hide behind the nets that are draped around the buildings, this is by far the safest choice and is highly recommended for those planning to attend with children. For the more adventurous spectator you can simply stay on the battlefield throughout the whole battle. This choice has to be made with certain considerations the biggest of which rogue oranges that have missed their targets and are on a trajectory right towards the middle of the battle where the spectators are located.

Despite what one may expect the armored “palace guards” are not the ones that you have to be wary of when spectating, but the throwers on the other side of the chariots who are attempting to hit the guards. Every spectator is encouraged to purchase and wear, at all times, the Berretto Frigio/Phrygian Cap/red hat for “protection.” Wearing the hat signifies that you are part of the revolutionaries and will protect you from getting oranges directly thrown at you,;[8] however, as previously mentioned, if you are in the battlefield the hazard of getting hit by oranges is still a very real and essentially guaranteed occurrence. Spectators are not allowed to throw oranges as long as they are wearing their Berretto Frigio, however because of the nature of the event spectators can get away with certain amounts of throwing. 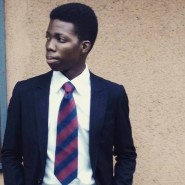 10 Lovely Countries you Should Visit in 2020

25 Most Powerful Passports in the World